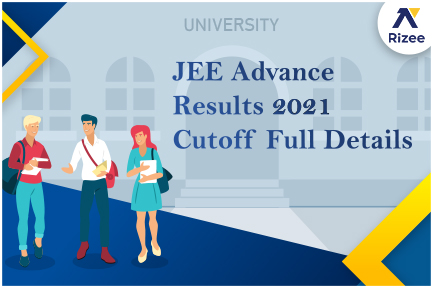 The wait is over. For many of us those years of hard work, determination and sacrifice has paid off. Now is the time to rejoice, regroup and march on as the IIT JEE Advanced 2021 results were announced on October 15 and the JoSAA counselling process has begun.

Mridul Agarwal and Kavya Chopra bagged the top ranks among males and females in JEE Advanced 2021. A well deserved and hearty congratulations to them.

Several rank lists have been released for JEE Advanced 2021 as per the reservation categories which have differing qualifying marks. To be included in these rank lists, candidates have to secure the minimum qualifying cut-off marks for each of the three subjects and the aggregate

The final JEE Advanced cut-off will be decided based on the following factors:

JEE Advanced 2021: Opening And Closing Ranks For The IIT’s:

The opening and closing ranks for admission to the IITs this year will be clear only after all the rounds of the JoSAA counselling process are over.

To get an estimate of whether you can get through to an IIT of your choice, you can check out the opening and closing ranks for in-demand courses in the top 5 IITs in JEE Advanced 2020:

Top IITs, NITs and other engineering colleges as per NIRF Ranking 2021:

The NIRF Ranking 2021 was released in early September and it ranks most of India’s vast number of higher education institutes numbering to over 45,000 degree colleges, 1000 universities and 1500 top institutes.

Rizee believes that helping students achieve the optimal time management methods will go a long way in them attaining the ranks and grades they dream of.

Whether the student is prepping for a JEE/NEET exam that is a month away or a year away – we want them to be ready and confident with their abilities. This, we believe, is possible with constant relevant practice tests and crisp notes that they can refer to during revision time.

The platform we provide for educational institutions, will help them keep track of students and progress. More importantly, we believe it will raise the standards of performance within the institution.