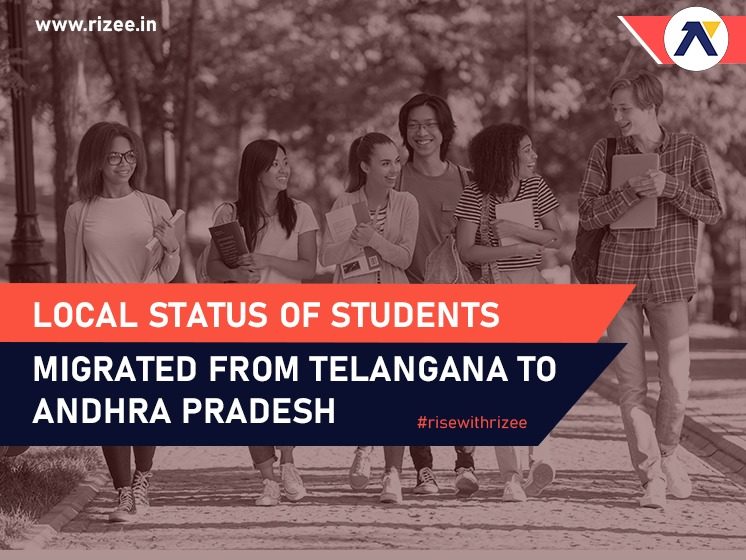 Candidate claiming local status in Andhra Pradesh (AU/SVU) by virtue of his/her migration from the State of Telangana shall submit scanned copy of Local status certificate issued in Form-III by Tahsildar of concerned along with their application registration number/ CET hall ticket number to the email ID chairmancets@gmail.com.    apeamcet18@gmail.com. specialofficerapsche@gmail.com.

The candidate, who intends to apply for admission into Educational Institutions / Emproyment as stated above, shall make an application in Form-I online to the Tahsildar concerned, on or before 1s June, 2019, through Mee-Seva portal. Basing on the documents furnished, the Tahsildar shall issue the local status certificate in Form-III.

I am further to declare that the Facts mentioned above and in Form-I are true and correct to the best of my knowledge and belief.

I am further to state that if the information furnished in Form-I i.e., application, and this declaration i.e., Form-II, is found to be false/incorrect, I am liable for prosecution and for cancellation of any employment in Government / Organization or seat in any Educational Institution / University, obtained, based on the local status certificate.

SIGNATURE OF THE APPLICANT

(In case applicant is minor, parent/guardian shall also make following declaration apart from the applicant’s declaration)

SIGNATURE OF PARENT/GUARDIAN OF THE APPLICANT

This is to certify that the candidate whose particulars are mentioned below is declared to be local candidate of __________district of Andhra Pradesh.

Rizee believes that helping students achieve the optimal time management methods will go a long way in them attaining the ranks and grades they dream of.

Whether the student is prepping for a JEE/NEET exam that is a month away or a year away – we want them to be ready and confident with their abilities. This, we believe, is possible with constant relevant practice tests and crisp notes that they can refer to during revision time.

The platform we provide for educational institutions, will help them keep track of students and progress. More importantly, we believe it will raise the standards of performance within the institution.